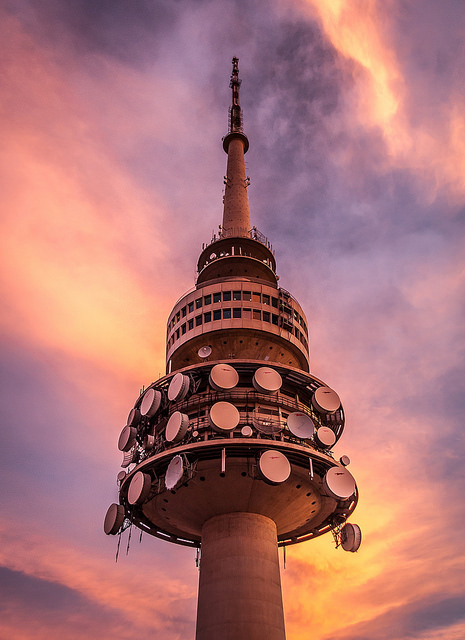 Think about your own life. What does it look like when you are communicating really well? What about when it isn’t going so well? Can you identify what makes the difference for you? What would it be like if you could consistently communicate effectively? Would your life be different? Would it be better? For me, the need to ‘communicate better’ started with feeling like I had no power in conversations. The things that I would say would be washed aside by some well-spoken boss or would end up so muddled and confused by an ‘expert’ that I walked away saying I understood things when I really didn’t. I hated feeling like I didn’t have the magic keys to get what I needed out of those communications so much that I started researching and experimenting. I would go around treating every conversation like a self-test on how to be a more powerful communicator.

What ended up working really well for me was a surprise (more on why below). I’ll lay out what is really effective in my communications and let you decide if you are ready to run your own communicating experiment. It is by no means perfect, but it might take you to the next level.

First things first – decide what the point of the communication is.

This sounds like the most obvious thing, but I can’t tell you how many times I went into a conversation not really having a clear idea of what outcomes I wanted from them. And all I mean by outcome here is ‘what do I want to know or want the other person to know at the end of the conversation?’.  A conversation with my team at work about the status of a project with an approaching deadline is a very different conversation that one with a client about what fulfills them.

Here are a few of the types of conversations that I find myself engaging in most (your mileage will differ):

Once you know what kind of conversation it is going to be (and it can end up being a bunch of these conversations mixed together), and you have identified the specific outcomes you are hoping for, it’s time to go to the next important step.

Understand who you are communicating with.

Sometimes this means having separate conversations. If you are wanting to ask your boss for a raise or a promotion, do you have a really firm understanding of how they measure success, or how they view timelines for advancement? If not, it might be a good idea to have a listening conversation on those topics with the boss, then focus on executing the things they talk about for a few months before deciding to ask for that promotion.

When I work with clients I don’t dive right into goal-setting and action planning. They might say they want to make more money as their main priority, but until I know WHY they want more money, what actually motivates that desire, then how could I possibly come up with a plan with them that is meaningful and likely to succeed? I have to understand them better, I have to have empathy for them, and not view them as a means to an end.

Don’t be afraid to be transparent and very clear.

Most people don’t want to beat around the bush in conversations. If you are redirecting an employee don’t spend fifteen minutes talking about their family, or the game that was on last night. In my experience, people truly value understanding what a conversation is about so they can focus in. When I brainstorm with my team I am explicit: “This is a brainstorming session on the _______ project. These are the outcomes we are looking to achieve (x, y, z). The point of this meeting is to come up with any and all ideas that will get us to those outcomes. I’m not worried about if they are whacky, or if you feel silly saying them – we need those ideas to take us to the next level here. Nothing is out of bounds until the end of this meeting.”

I’ll never forget the time I scheduled a meeting with my manager and the first thing I said when we sat down was “I would really like to discuss employee incentives because I feel like we have a morale issue on the team and I want to be a part of the solution.” I had a ton of worry that she would think I was trying to start a rebellion, that I was going to blackmail her, or that I was just asking for more money. It turns out she had been seeing the morale issue too but didn’t have any clue how to resolve it. She was thrilled to have a partner in figuring out a solution. It also turns out that I got a promotion a few months later because of that conversation.

Make it an actual conversation.

For most conversations, this means spending more time listening than talking. An important piece here is that listening doesn’t just mean nodding and occasionally repeating back what they say. Listening means trying to understand, and asking whatever questions you need to until you do understand (or recognize that it’s a different conversation than you had initially planned). Rephrasing what they say and seeing if their body language shows alignment with that, saying things like ‘I feel like you are saying xxxxx, is that right?’ Tools like this help avoid misinterpretations.

Connect your need to their need.

This is the step that took me the longest to learn, but I’ve seen some people pick it up in the span of a day. It is incredibly powerful and is a prime way to build buy-in from the other person. Once you understand somebody, once you know why they do things the way that they do, then you connect the outcome you need to their need. If your boss needs happy employees and really wants to avoid hiring and training new people, then you base your ask for a raise on that need. If your employee feels lost in their job and needs more clarity so they can stop feeling like a complete idiot, then you base your redirection around ways to accomplish that.

Make sure everybody knows what happens next.

Nothing ruins a great conversation like everybody walking away thinking the other person is going to make the next move. Even if it seems obvious, make sure to state out loud what the next move is and who is making it. “I’ll do the research for that project and have it to you by the end of the week.” “I will set up a meeting next week with the rest of the team to look at our processes so we can find a better way to do x,y,z.” “John, you are going to draft that proposal and email me on Thursday with a list of questions.”

The hardest part, of course, is actually doing it. Are you ready to step out of your comfort zone and take the reins of your next conversation? Do it as an experiment just to see what happens. How do you feel afterward? Almost nobody gets it perfect on the first try, but it will almost certainly end up better than it would have before. Are you ready to level up?